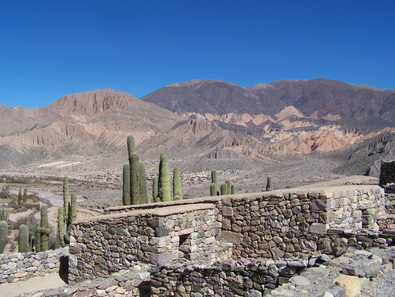 Argentina declares the
cessation in the payment of the foreign debt

In 2001 the Argentina declares the  cessation in the payment of the foreign debt, which amounted to 130 billion
dollars.

The path of negotiation would begin in 2003, the then-Minister of economy Roberto Lavagna proposes a debt
restructuring involving a reduction of 75%, but it is rejected by the creditors.
Recently on June 1, 2004 the Government once again to
submit a proposal, that ends in the year 2005 with a membership of  76,15%.

The first days of 2006, the Argentina canceled the debt with the IMF specifying a payment of 9 530 million
dollars.

In October 2009, then Economics Minister Amado Boudou, announces the reopening of the exchange of 2 billion
dollars of debt for the holdouts who had not accepted the conditions of 2005.
Restructuring which ends in the year 2010 with 66% of
acceptance.

In the same way was a remnant of
bondholders who not entered in two previous swaps, who decided to bring to the
legal consequences in order to collect 100% of the debt.

Such judicial process, almost a
year ago, the judge of the Estados Unidos Thomas Griesa decided that the
Argentina had violated the "pari passu". Bonds clause
that requires that all creditors be treated equally, in this case all had to
charge simultaneously, whether those who entered on the Exchange and those who
do not. It therefore favoured the plaintiffs who had sued
for an estimated 330 billion dollars in defaulted bonds. Failure then the Argentina appeals and the judge accepts
it.

On November 21, however raised the
measure do not innovate, arguing that Argentine officials had made comments that
expressed that they had no intention of complying with the court order, which
ordered that the Argentina deposite 1 330 million dollars owed to the holdouts
in an account custody before December 15, and at the same
time all links in payment should take part. Date
coincident with the payment of $ 3 billion as the concept of income from coupons
tied to GDP.

But the second circuit court
reinstated as not innovating until it meets the appeals in the case.
It set a timetable for the presentation of disclaimers
and scheduled a hearing for the month of February 2013. That deflated the fears that the Argentina could fall into a new
default at the end of last year.

Last Wednesday the 27th, agreed hearing
was held before the Chamber of appeals of the second circuit of New York, which
allowed the exposure of what is called "oral arguments", i.e. the possibility of
a verbal allegation by the parties in order to explain their positions directly
to the trio of judges responsible for the sentence.

The respective trio of judges is
composed of Reena Raggi, with a clear trend in favour of vulture funds;
Rosemary Pooler, in favor of the Argentina; and Daniels Parker, without a clear trend, but with concern over the
image you would get after the ruling, the city of New York as a financial
centre. This led the Argentina to present a strategy to
win 2-1 in the vote of the judges.

This strategy was completed with
representatives of the bondholders accepted the swap and the body of lawyers of
the Bank of New York, which were accepted by the Court of second instance as
part. This way it was possible to capture 80% of the time
in defense of the country.

The session began with the exposure
of the representative of Argentina, Jonathan Blackman, who said the issues
raised by the Argentine leaders: a sovereign State can not be forced to serve a
sentence in the United States that go against its principles and policies.
It was argued that the bolt law approved in 2005
prohibits pay to holders of non-restructured debt without the prior approval of
Congress, implying that compliance with the ruling of the U.S. Court would be
illegal under Argentine law.

For this reason, the Executive Branch is
prepared to send a project to the Congress so that it reopen the law and offer
the same terms given in previous swaps, since pay 100% would give a preference
to the holdouts and would affect the rights of third parties.

Beyond the internal legal
impossibility and injustice of failing against the country when more than 93
percent of the bondholders accepted the restructuring of debt in default, there
are serious risks of the proposal of the "We also", who claim the take away
suffered in 2005 and 2010 swaps, not only in New York but also in the rest of
the international financial markets where both exchanges arose. Lorenzino said that passive potential number to be closer to the u$ s
43000 million, but if you consider reserving them.